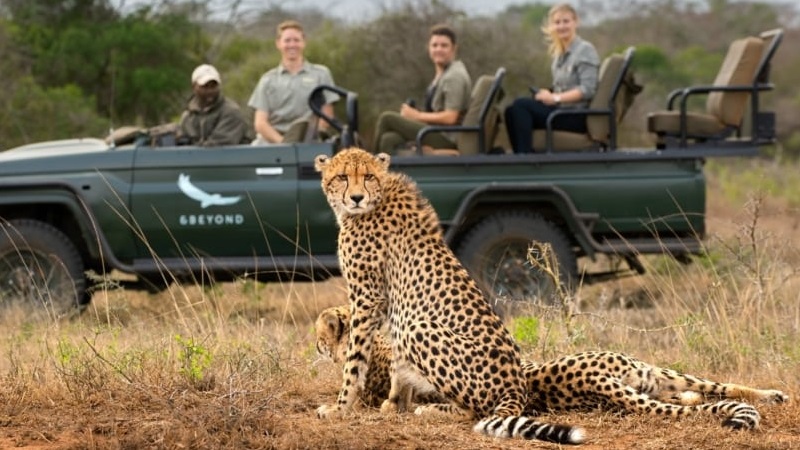 Are you familiar with safari rules? Travellers and nature enthusiasts considering a safari in Africa should be aware of them, the official and unofficial ones. The rules ensure that visitors maintain proper safari etiquette on game drives, walks and safari experiences. Proper etiquette on safaris is important for safety, among other things. Not only your safety, but also the safety of others and the animals you’ll be visiting.

Is going on safari dangerous? No, not typically. In fact, there have been very few injuries and fatalities on safari over the years. African conservation parks and game reserves go to great lengths to keep their guests safe on safari. However, whenever you are in the presence of untamed creatures in the wilderness, there will always be some degree of risk, and you don’t want to create any opportunities for things to go wrong.

Do not frighten or harass the animals. Loud noises tend to scare and disturb wild animals in nature and make them scamper away. Therefore, it wise so speak softly and avoid making startling noises on game drives and walks. It is also a good idea to not make sudden movements, which can have the same effect.

Do not chase the animals. Yes, some people have actually done this on African safaris and placed themselves and others in danger, not to mention the wildlife. Whether you are inside a vehicle or walking on foot, never chase the animals. Be patient and sensible, remembering that you are in their territory.

Do not feed the animals. There are two reasons why safari travellers should never do this. One, wild animals can become aggressive if they start associating food with human beings. Two, the animals that you feed can become ill. A lot of the foods that humans eat can be toxic, and even deadly, to animals.

Do not throw litter. One of the safari rules, but also a good general practice. Litter degrades the environment (even waste that is biodegradable) and cigarette butts can start bush fires. Environmental degradation aside, there is the possibility that roaming animals may eat the rubbish that you throw onto the ground.

Do not pick or damage flowers and vegetation. Game reserves and conservation parks are filled with beautiful plants and flowers. Resist the urge to pick them, though, as they form part of vital ecosystems.

Do not disturb other safariers. It’s common courtesy to let other visitors to the park or reserve enjoy their trips without disturbances. After all, they invested money and time like you did, and they have the same rights. 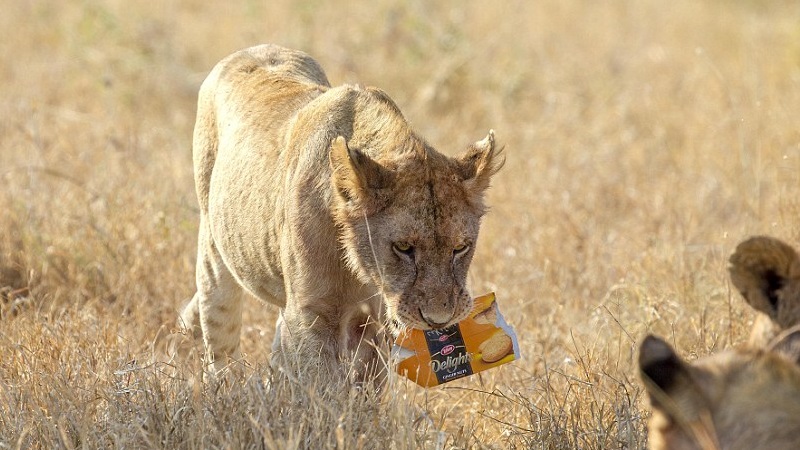 A lion cub prowling around with discarded waste (littering is bad).

Be a good travel mate. If you’re a nature lover and fancy yourself a photographer, then you may be inclined to take up the seats that offer the best camera angles on game drives. This isn’t good safari etiquette. Instead of being a photo hog, consider offering that coveted seat to fellow safari-goers occasionally.

Stay in the vehicle. Never leave your safari vehicle during a safari game drive, unless instructed to do so by your driver or guide. The safari truck is your safe space in the African bushveld; stepping out of it can be hazardous. Wild animals will usually scatter at the sight of people on foot anyway.

Listen to your driver/guide. Following the instructions and advice of your safari guide will keep you and those around you safe. It will also make your game drive adventure more enjoyable. Safari guides are experienced professionals that can reveal remarkable secrets hidden within the natural environment.

Follow the park’s road rules. There are several safari rules to follow on self-drive safaris. Don’t hinder other vehicles. Stay on marked roads and tracks. Stick to park speed limits and do not drive through closed park areas. When stopping to view wildlife at a close range, always turn off your engine. 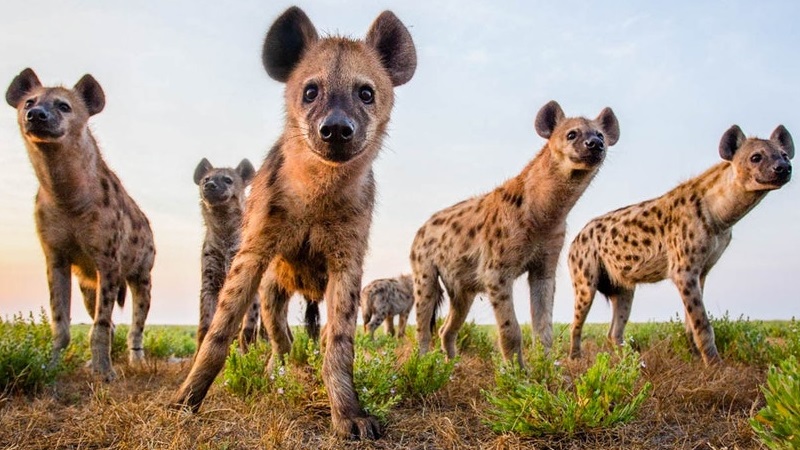 One of the reasons why it’s best to stay inside your vehicle!

–
Now that you know what to do and not do on an African safari, let us help you start planning your trip. You can contact Safaris Down South here for prompt assistance and information.

Safari Safety Tips for Africa – Spotting the Big 5 and Wildlife Safely
Safari safety tips and information can help you stay safe on African safaris. Yes, spotting the Big Five and other animals out in the wild is an incredible experience and...
2 Likes

Top 5 Game Parks in Africa for a Safari
There are many game parks in Africa, but deciding which one to visit for a safari can be challenging. The world’s second-largest continent has a plethora of top-notch safari destinations....
3 Likes

A Beginner’s Guide for Taking Amazing Safari Photos in Africa
For most people, taking safari photos is an integral part of the African safari experience. However, while there is a wealth of opportunities for wildlife viewing and photography in the...
4 Likes